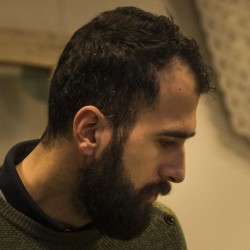 LionardoFollow Founder of Resource Lab. Environmentalist interested in using science and technology to solve the most pressing problems facing humanity. 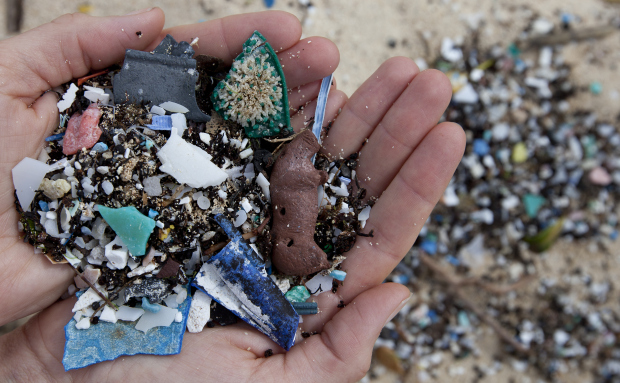 Plastic and its unlimited number of possible applications has led to its broad usage across almost all industries. Plastic is everywhere, penetrating all aspects of everyday life from clothing, transportation, electronics, cleaning products and packaging, just to mention a few. The negative impact of widespread plastic use on our planet has been enormous. The plastic pollution of our environment is staggering, with 9.5 million tonnes of new plastic flowing into our water streams each year.

Although there is an increased awareness of the breakdown of plastic over time resulting in micro-plastics that pollute our oceans and water streams, a new publication sheds light on plastics that enter the water already in micro form. The report published by the International Union for Conservation of Nature (IUCN) aims to investigate the sources and quantities of such plastic pollution. The report distinguishes between the above mentioned different forms of plastic pollution.

Primary microplastics are small plastic particles less than 5 mm in size that are directly released into the environment. These include voluntary addition to products such as shower gels and creams but can also come from the abrasion of large plastic objects such as the erosion of tires while driving or from synthetic textiles when they are washed.

Secondary microplastics originate mostly from the degradation of large plastic waste into smaller plastic particles once exposed to the marine environment. Often a result of mismanaged waste such as plastic bags and fishing nets.

Seven primary sources of microplastic have been identified based on the data from 4 recently published papers and include:

The study concluded that between 15 - 31 % of all “plastic soup” in oceans could originate from primary micro plastic sources. This is especial significant for higher income countries equipped with adequate waste treatment facility, where the primary microplastics account for the main contribution of plastic release into the oceans. Almost two thirds of these particles stem from washing synthetic textiles and from tire abrasion. The figure below list the percentage of pollution by source. 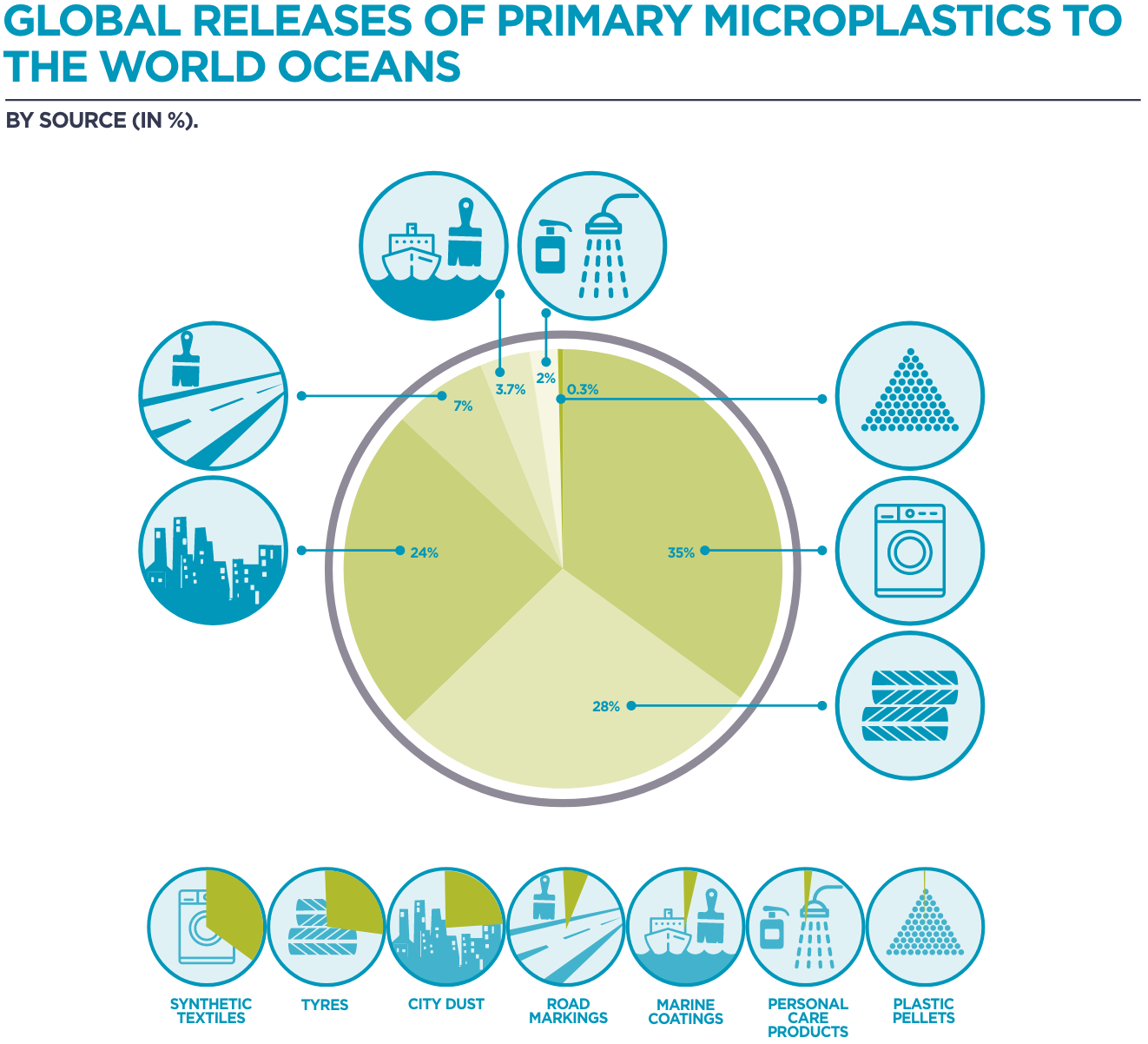 Washing synthetic textiles made of polyester, polyethylene, acrylic or elastane, creates primary microplastics through abrasion and shedding of fibers which then discharged in sewage water and potentially end up in the ocean. Tires grind down when used, resulting in tyre dust that either spread by the wind or are washed off the road by rain. The outer parts of the tyre consist of aprox 60% synthetic polymers which are mixed with natural rubber and additives. Surprising the intentional losses through personal care products containing plastic micro-beads only accounts for 2% of global release of primary microplastics.

Cutting the source of the plastic waste requires different sets of solutions. While solution for secondary microplastics include implementing better waste management and reducing the quantities generated, in order to tackle primary microplastics solutions need to focus on product design, infrastructure design and consumer behaviors.

What can you do

Although manufacturers, designers and governments have to play a major role in implementing solution, as consumers we can do our best to change our behavior in order to minimize our personal impact. You can:

It’s daunting to realize that even when some people strive to be zero waste, they can still be involuntarily be contributing to the problem. For those interested the full report is available to read for free here.

Never miss a story from us, subscribe to our newsletter